Summary:
What if dad's are the primary caretakers of children? Popular actors take their children on trips to rural areas without their wives. Cellphones and computers are not allowed either. Both the dads and children must work together to complete missions in areas of the world where sometimes even water is a luxury. Watch as not only the children but the fathers grow as well. 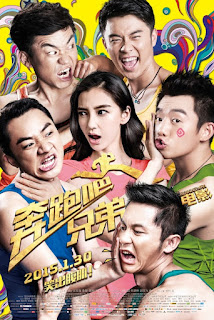 Summary:
A spin-off of it's Korean counterpart, the members of this group must compete missions set up by the directors of the show. Typically this always ends with a session of rip off each other's name tag. Guest stars are often invited onto the show and split up into teams. Other times, one member is secretly appointed as the spy and must defeat everyone else,