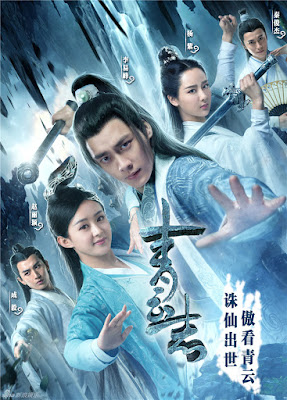 Also Known as: Legend of Chusen

Adopted from the novel- Legend of Chusen, this Wuxia fantasy epic stars a naturally untalented and dimwitted Zhang Xiao Fan (Li Yi Feng). As a child, his entire village was massacred over night leaving him and his best friend, Lin Jing Yu (Cheng Yi). They are taken in by the Qingyun Sect where Jing Yu grows up to be a bright star in the Wuxia world but poor Xiao Fan never gets past level 2.

Unknown to everyone else, on the night of the massacre, a Wuxia master Xiao Fan a Blood. It's mysterious power saves him from numerous situations but at the same time, it's also the reason he got involved. Can Xiao Fan master the blood gem? Or will it overcome him?