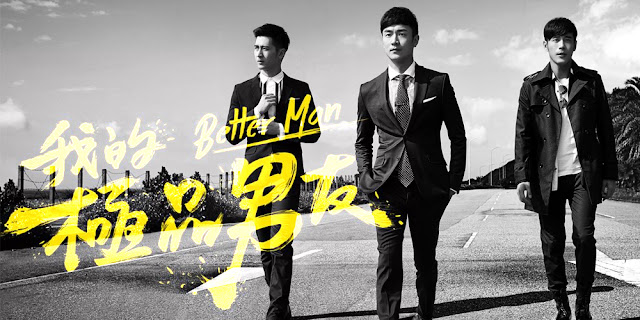 我的極品男友, literally translated to "My Premium Boyfriend" is about three brothers. Intelligent, wealthy and handsome but much to the dismay of their grandma, perpetually single. What's a grandma to do, they aren't getting younger and she wants grandchildren. Let the plotting begin.

The intro song is sung by Vanness Wu (from F4, Meteor Garden and Autumn's Concerto),

Bii (from Bromance) sung other OSTs such as 38 and 都是你害的.