I recapped episode 3 and 4 together because nothing much happens.

Mom tells Mu Zi Che to take Ji Ying home and he easily complies. It's something the old Mu Zi Che never would have done so Mom and Ji Ying give him weird looks trying to figure out which is more out of character, him listening to his mom or actually agreeing to be near Ji Ying without a ten foot stick.

Directer Feng casts Mu Zi Che into a new film as the second male lead. He may have not been chosen during training but Jing Feng always has a plan for his pawns.

To clarify, some people choose stage names and that's how they will be called in newspapers and the populace. For example: Shu Qi's real name is Lin Li-Hui. Shu Qi is just her stage name and that's what everyone knows her has.

So in this case, Yun Xiu was the original name in his previous life and upon entering the entertainment industry he chose to be called Du Fei.

Now, he's Mu Zi Che but his stage name will be Yun Xiu.

Sometimes I think all Lin Xuan will do in this drama is cry at grave sites.

Xie Yi unknowingly hears his tips (it's the same advice Du Fei gave him once upon a time).

Feeling that the coincidences are too much, from the new stage name to the advice, Xie Yi decides to test him out with a bit of seafood (Du Fei is allergic to that).

Luckily, Director Feng helps him on the down low and saves his life from an allergic reaction. Everyone should have a Director Feng in their lives, a snarky perfectionist who pretends not to care but always appears when you need them. Aww.

Meanwhile Ji Ying's life isn't all flowers and candy either.

Her opposing female lead curries favor with the director to bully her.

In a surprisingly mature move, she takes it all in and doesn't throw a fit on set. (I was totally expecting her to do something horrendous and post it on weibo haha)

But when Mu Zi Che gets hurt from saving her it's her last straw. You can bully her all you want, But when it comes to Mu Zi Che, no one can hurt him... cept her.

She slaps the sh*t out of the other actress. Ha take that!

But it comes back to bite her when the other actress faints and gets hospitalized "from the trauma."

It gets all over the papers and no, not all publicity is good publicity as it threatens to end her acting career.

So our mysterious Benefactor, didn't catch his name yet, is actually the CEO of Mu Zi Che's acting firm.

He saved him because he encountered a similar situation in his past. His best friend betrayed him too and left him for dead.

He pitied Du Fei and took him under his wing. 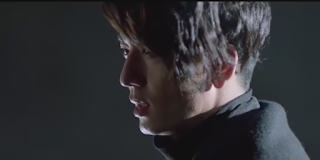 There must be more to it. If he was really that good of a person, he would let Du Fei live happily with Lin Xuan and forget about this revenge business. (Also, this is the same guy who played the bad guy in Naughty Princess, anyone else recognize him? Guess, he's on a still doing the outward good person but has an underground evil identity roles)

Du Zi Che feels bad since Ji Ying did partially get in trouble because of him and goes visit her to see how she's doing.

Jing Feng catches them together and gives them a good scolding. If you guys wanted to meet up why in a hotel room of all places, did you really need more publicity at this point? And demands that they never meet alone again.

Did anyone else notice that Jing Feng checked the bedroom first when he walked in. Trying to see if they had any hanky panky.