Peng Peng reminds Lu Li to leave Jiang Si be. She needs her to have a healthy baby. And her own "miscarriage" needs to happen soon. She asks for Imperial Doctor Song to come so they can plan it out but apparently he was too traumatized after she beat him and became a monk. lol. 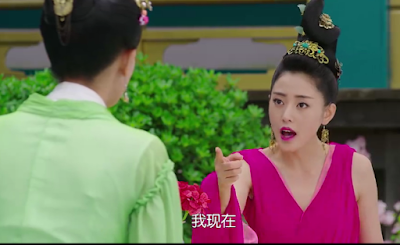 Grandma Queen found out about Jiang Si's child and ordered it to be aborted. Anxiously, Peng Peng races to Jiang Si only to find out she drank the medicine.

Bitterly, Jiang Si tells her she could have drank ten doses and it wouldn't have done anything to her, she wasn't pregnant in the first place. Originally, she set Peng Peng up with the portrait incident. With her old personality, Peng Peng would ordered Jiang Si killed to which Qi Sheng would have stepped up to protect and stand by her. But that was all dashed and now her "pregnancy" plan has failed too.

Seeing her own secret agenda crumbling, Peng Peng tells Jiang Si to stop scheming so much and just work hard on making a baby with Qi Sheng. They are young and he comes by so often anyway, she will get pregnant eventually. 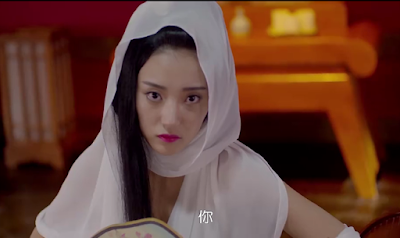 Back at her own palace, Peng Peng eagerly asks Imperial Doctor Zhang (replacement for Doctor Song) when they should act out her "miscarriage" 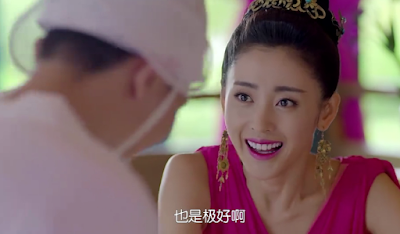 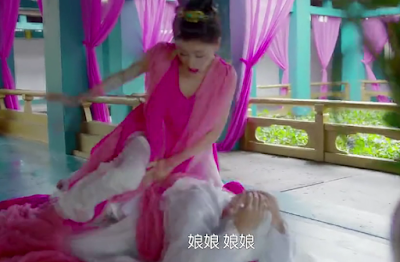 Realizing that he wasn't playing a mean joke, Peng Peng starts venting on Doctor Zhang. Hope this one doesn't become a monk as well...

Peng Peng tells Qi Sheng she can't have children. Qi Sheng agrees and she gets excited.

But... upon finding out about the child, he was actually glad so she should have the child.

Peng Peng tries to reason saying with her child, the Zhang Family will become more powerful.

Qi Sheng easily counters, then he will just demolish the Zhang Family.

Then what about her strange personality? Isn't he afraid she will make her child strange too?

No worries, there's a care taker and imperial teachers to correct the child when the time comes.

Left with no other excuse, Peng Peng simply says she can not have the child.

Qi Sheng tells her she must have the child, if anything happens to his child, he won't forgive her. Her main duty now is to give birth to a healthy child. Leaving it at that, he orders plenty of durian congee for her. 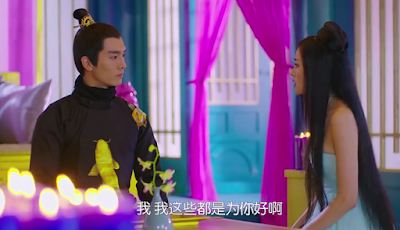 But all she wants is duck. Luckily, Yang Yan knows her well, and secretly delivers it to her. 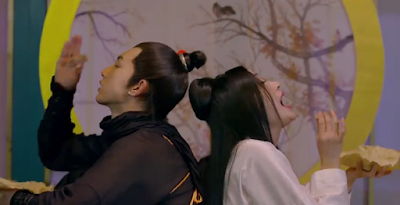 Qi Sheng finally breaks up with Jiang Si. She has become too calculating, First it was the portrait fiasco and now she's upgraded to faking pregnancies. What will she do next?

Jiang Si cries that it was all because she loved him but that makes Qi Sheng even angrier and he tells her she can live in her palace but he will not acknowledge her or ever see her again. 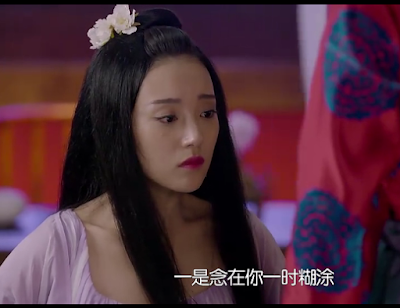 Peng Peng asks her mom if there are any girls in their family that would be interested in Yang Yan. That way their families would be connected and their bonds would be stronger. 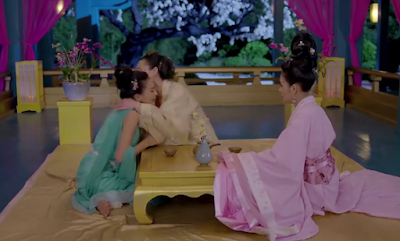