Meeting at their old haunt, the bathroom lol, Peng Peng reaffirms her alliance with Jiu Wang. She explains that her pregnancy is fake but Jiang Si's is real. This works in their favor as it will be an easy excuse for Peng Peng to cut ties with Qi Sheng. Confidently, Jiu Wang responds that he trusts her-without a doubt. 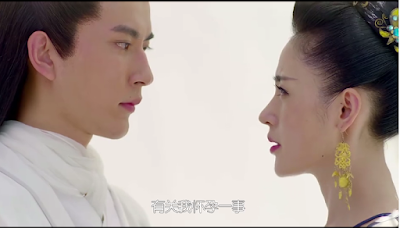 Jiang Si invites Peng Peng to her palace. Warning bells ringing, Peng Peng reminds herself to keep in control this time and don't perv out like last time lol.

Upon entering, Peng Peng catches a whiff of her incense, it smells divine, does she have trouble sleep? Like a perfect Lu Cha Biao, (Green Tea Babe), Jiang Si innocently says that she sleeps perfectly fine; Qi Sheng, who comes by often, is always stressed from court so she keeps it lit for him to sleep easier. 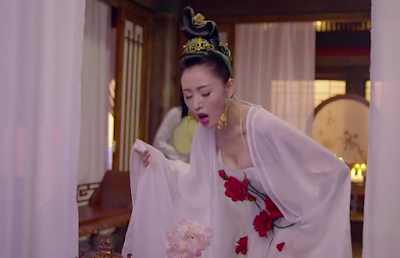 He even painted a portrait of her in his spare time.

Was it one of those portraits? Peng Peng asks, eyebrows wiggling, a nude portrait? haha

Did he paint one for you too? Jiang Si asks.

Peng Peng immediately shakes her head, it's ok, that's one portrait she doesn't need him to paint for her, she's more of a selfie person anyway. lol.

Thinking she was jealous, Jiang Si fakely apologizes for bringing it up and hurting Peng Peng's feelings since she didn't have one. 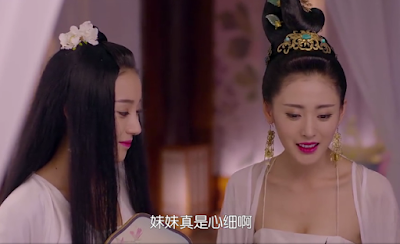 The next morning, Jiang Si's painting is gone and Jiang Si's fingers are pointing at Peng Peng. The gossip mongers, (the other concubines), quickly run to Peng Peng to tell her. Apparently painting portraits is a tactic that Qi Sheng reuses as all the concubines also have a portrait. lol. 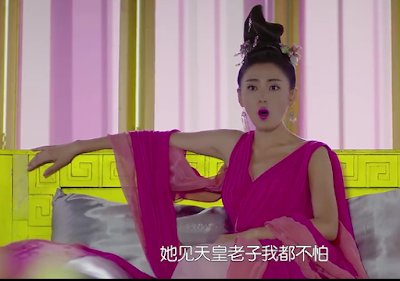 Secretly, Lu Li worriedly asks Eunuch Chiang if the king has any updates about the missing portrait case. He tells her not to worry, they are still trying to find out what happened but the portrait isn't a big deal. Qi Sheng paints portraits every time he gets drunk, he's painted one for almost everyone. Even Eunuch Chiang has one. lol. 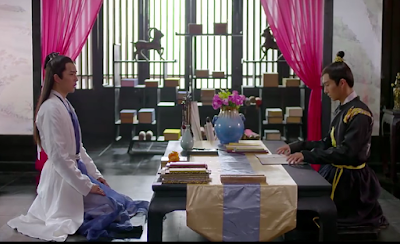 Qi Sheng personally appoints Jiu Wang to head the missing portrait case. In the middle of the night, Yang Yan looks for it and finds the portrait in Peng Peng's room. Uh oh.

It's a busy night of scheming as we learn this whole fiasco is all Jiang Si's doing. She had her close assistant place the portrait in Peng Peng's room before giving him a bag of money and telling him to leave. 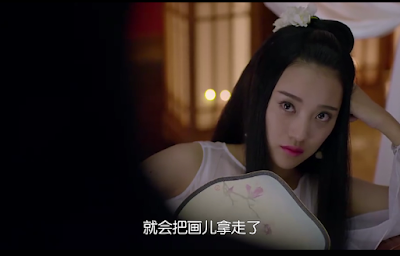 At the same time, Qi Sheng's spy reports the truth and he cryptically decides what to do. 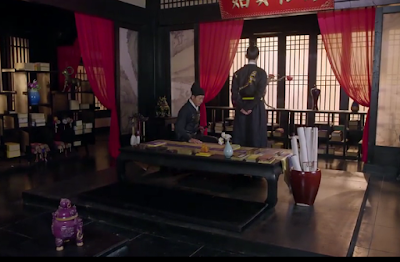 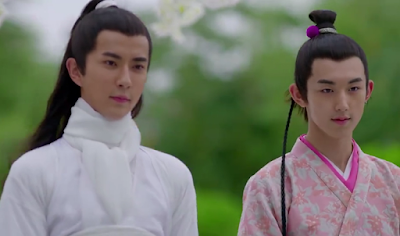 Jiu Wang arrives hand in hand with Yang Yan (Literally, their pinkies are interlocked yumm, now that's true bromance) to tell Peng Peng that the portrait is in her room.

Offended, Peng Peng says she's not that low of a person to steal someone else portrait but Lu Li goes to check and it is there.

Hearing their story of "we found the portrait in Peng Peng's room, but she didn't steal it" Qi Sheng asks if they have evidence. Peng Peng defiantly says no, all she has is her life, take it if he doesn't believe her.

Qi Sheng rips into Jiu Wang saying " luckily I had a spy who found out the truth, If it was up to you, I would have wrongly punished Peng Peng"

Hearing that he knew the truth, Peng Peng in return angrily asks who would set her up. Lol who else?

It was Jiang Si. Peng Peng easily reverses her reaction, surely Jiang Si feels bad about it already. And it's really Qi Sheng's fault for painting the portrait in the first place. Next time just stick to calligraphy. 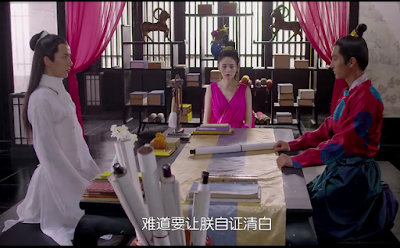 Overall, it had all been a show that Qi Sheng wanted Peng Peng to see. He wanted her to get the message- he holds the power, Peng Peng should be relying on him, not Jiu Wang.

Disaster averted, Peng Peng finally gets a chance to look at these portraits that everyone's been making a fuss over. 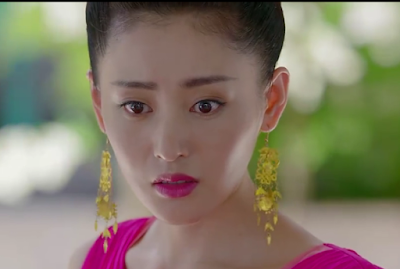 They all look little better than stick figures. 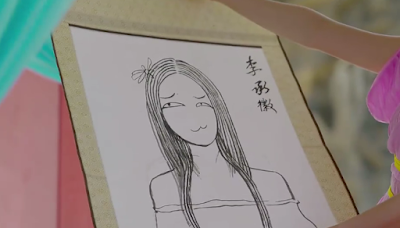 Pfft... well he did draw them when he was drunk.