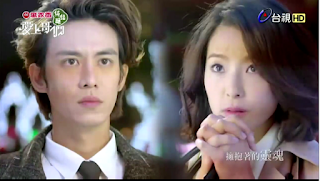 After narrowly missing each other several times, Ya Nuo playfully wishes for Zi Feng to appear in front of her again.

Like magic, her wish is granted but that's where we are left off. Both of them staring at each other, trying to understand what is going on and wondering if the other party is a hallucination.

Somehow Ya Nuo flubs her way through her current state of dress and they end up strolling around the mall. 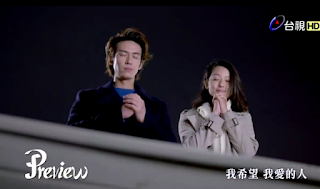 They stop at a wishing station and secretly make wishes.

Ya Nuo hopes that the person she likes will one day grow to like her too.

At the same time, Zi Feng wishes that Ya Nuo will realize his feelings soon. 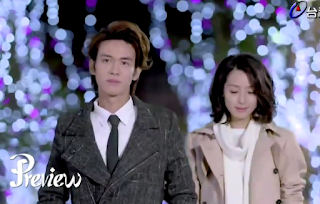 And that was it! Sorry guys but there wasn't much to go on this week. I think the preview was 15 seconds long with most of it showing them walking around. Kind of like how the last 10 minutes of this episode was of them walking around and missing each other. Please directors, I think we got the point 3 minutes in, they don't need to miss each other 10 times that's just way too much filler. You could have put in more Zi Han and Guang Chao time instead!

Anyways, rant aside, hope the short preview means that something monumental is happening next Sunday which by the way feels way too far off.