Get ready for more cutesy, bromancy moments my peeps. Episode 8 looks like there will be more focus on the love triangle involving Zi Feng-Ya Nuo-Zhe Rui. 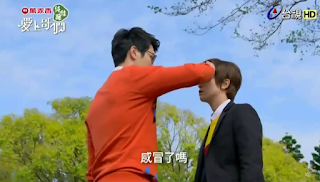 Rather stalkerishly, we see Zi Feng watching them rather unhappily in the background. 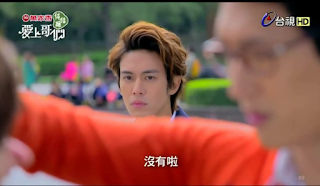 Later on, Zi Feng invites Ya Nuo over for a lunch date. He offers Ya Nuo some of his food. 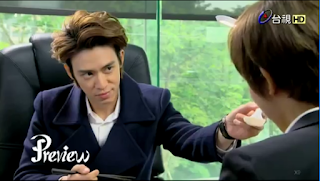 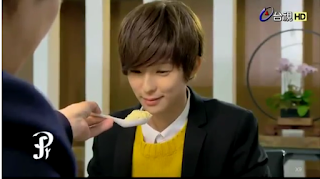 Then he eats the rest of it from the same spoon. Innocently, Ya Nuo inwardly wonders if that would be considered an indirect kiss. 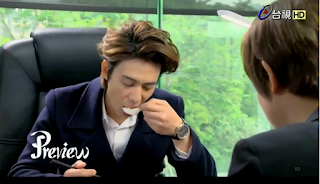 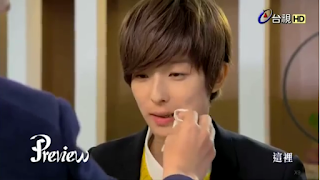 Cutely, Ya Nuo asks if there's anything on the other side and if he can help her wipe it off too. 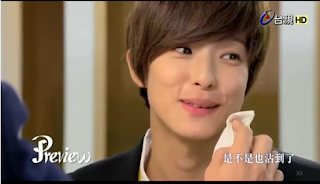 Zi Feng invites Zhe Rui to his office for a "chat" He remembers that Zhe Rui once told him there was a person he liked from when he was a child. And he was waiting to confess. Not beating around the bush, he asks if that person is Ya Nuo.

Dun Dun Dunnn..... how will Zhe Rui respond to that? 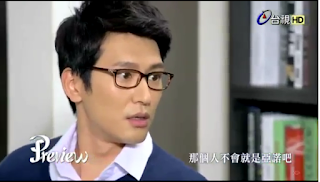 There's also a short scene with Xiao Jing and Ya Nuo where Xiao Jing comments on how Zi Feng treats her so well already when he thinks she is a guy. Think of how he will treat her when he knows she's a girl. Happy to hear that, Ya Nuo sneaks a smile. 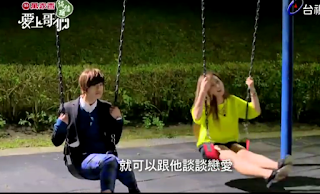