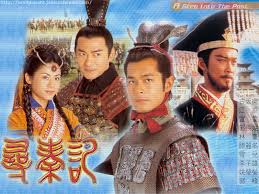 Summary:  Louis Koo plays Hong Siu Long, a special agent who travels to the past as an experiment. He over shoots and lands years further into the past than targeted. He needs to live in the past until the targeted time so he can get back to his own time period. In this time, he planned to live in anonymity but destiny has other plans and he gets involved with several key figures which may change the course of history.


This is a classic! Growing up, I watched and re-watched this drama numerous times. It just never got old. The cast is very strong with Louis Koo, Jessica Hsuan and Raymond Lam playing leading roles. They bring a perfect mix of comedy, seriousness and romance throughout the drama. Louis Koo especially; he is very funny and consistently brings in the " 21st century smarts" references. Highly recommended! 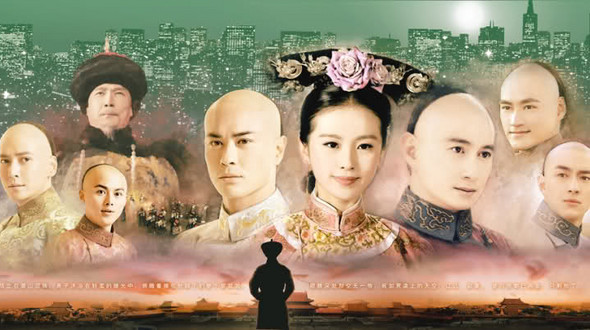 Summary:
After getting into an accident, Zhang Xiao, a 21st century woman, ends up in a coma. Her soul travels to the past into her past reincarnation, Rou Xi. She tries to get home but nothing worked and eventually she comes to terms that she may not get back. She becomes close with the royal family even being romantically involved with Yin Si, the eighth prince. Using her knowledge of the future, (in which she knows Yin Si dies) she tries to run away with him. But this is the pebble that starts a chain of events leading history as we know it today.

Based off a novel, this drama has a very well seasoned leading cast with Cecilia Liu, Nicky Wu and Keven Cheng. The series felt much more serious compared to other time travel dramas but at the same time, it made Rui Xi's love and sacrifices all the more gut wrenching and realistic. If you're more interested in a realistic time traveling drama, this is the one!

Summary:
Luo Ching Quan is a normal girl who accidentally travels to the past. Knowing whats going to happen, she initially sides with the 4th prince but she ends up falling in love with the 8th prince even though she knows of his doomed fate. Can she change the past to save themselves? Can she get back to the future?

Although the concept is very similar to Startling by Each Step, the feel of this drama is a lot lighter. After this drama aired, the cast gained a lot of popularity and many of them are A-listers now including Yang Mi and Feng Xiao Feng.

Summary: Yin Qin Rou (Yolanda Deng) is a normal woman who gets thrown into the past and lands on a prince (literally). Suspicious of her origins, the prince, Xie Yan Qi (Miao Yun Tong), keeps her captive. Slowly, her 21 century attitude and disregard for authority changes him and he begins to fall in love with her.

There's a good balance of comedy and seriousness in this one. Plenty of modern vs ancient times references. The actresses and actors are new but there is good chemistry between them.

Zhang Peng is a playboy hits his head as he falls into a pool when he's trying to run away from an ex-girlfriend. He wakes up to find that he's travels a thousand years into the past but that's not even the biggest problem, he also wakes up as the crown princess of the dynasty. Hilarity ensues as Peng weighs between trying to get back to his time and leveraging his new female identity to seduce all the concubines and women he can.


Only watched three episodes but I've already decided to recap this drama. It has the time travel factor and it's a comedy. I was sold from the beginning. There is an interesting gender bender twist where it's a guy who travels back in time and he ends up as a girl. So far it's been pretty funny watching him flounder about, unable to accept the fact that his manly bits are lost forever. I've been looking up info about the drama but there isn't much in English yet. (tell me if you guys have any information please! I would love to know how many episodes there will be). I do know that this is also based off of a novel although they added a lot more comedy to the drama. Each episode only runs for about 25 minutes but there is an episode aired daily so I hope to have a recap up daily :D

Watched them all already? No problem, here's some other recommendations:


Unfortunately, there aren't too many new time travels dramas out anymore because the Chinese government started regulating them but they are being released, slowly but surely.

Here are links to some other Best Drama Links:
Best Chinese Gender Bender Dramas
Posted by Unknown at 9:54 PM

Email ThisBlogThis!Share to TwitterShare to FacebookShare to Pinterest
Labels: best