Qing Rou brings the royal family to a dinner table for them to sit and eat dinner, leaving a spot empty saying the first prince should have a spot too. Qing Rou tells them in her "home town" everyone is too busy and only on holidays do they eat together and it's when they are the happiest.

The second prince gives the emperor a rare piece of jade thinking it will make him very happy. But the emperor sends it to the garden. Surprised, the empress says it's a waste of the jade, why not put it somewhere indoors and safe. Using the jade as an example, the emperor tells his kids that like the piece of jade, they need to be able to make it through thick and thin and serve their people righteously.

For his turn, the fourth prince plays his a willowy song on his flute.

When asked what gift the third prince has, he says Qing Rou is his intended wife so her party is his gift.

Rolling her eyes, Qing Rou tells the king she prepared another gift for him but he must come alone.
They enter a room where Ah Guang is pretending to be the first prince and Da Tong is in the back creating smoke for the atmosphere.

"The first prince" tells the emperor he's ok, he's going to be reincarnated, and for him to not be so sad and to live a good life.

This was what the emperor needed as he starts looking more lively. Very thankful, asks Qing Rou what she would like as a reward. Qing Rou straightforwardly says she doesn't need any promotions or anything just money. Laughing at her quick personality, the emporer rewards her 100 taels and agrees to keep what happened between the two of them.

Unknown to both of them, the second prince followed them out, heard bits of pieces of their conversation and is now highly suspicious of Qing Rou.

Armed with money. Qing Rou goes on a shopping spree with Ah Guang and Da Tong. Coming from modern times, even though they can buy a lot of things now, Ah Guang berates the quality of the cosmetics and Da Tong boasts that he can make better items. Qing Rou tells them to do it then, they can open a shop and using their modern skills, they can make a ton of money, 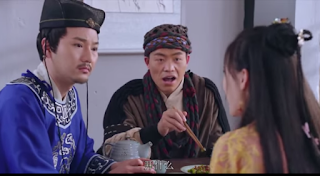 The next day, Qing Rou is called into the palace. The king wants to reward her, but she says he did it already with the 100 taels. The king insists so she starts to ask about getting money to open stores for Ah Guang and Da Tong when Yan Qi cuts in saying the best reward is for her to marry him. Before she can cut in, Emperor agrees. 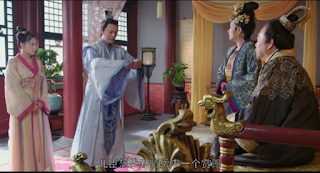 Stuck in a rut, Qing Rou tries to run away... again. Yan Qi, familiar with her run away tendencies, sends a sentry to keep her from leaving. Luckily, she manages to get away with help from Yin Ran who is more than glad to get her out of the picture.

On her way out, she runs into the palace treasury room. It is rumoured to have a ufo like disk with a dragon on it... sound familiar? Unfortunately, only the royal family can enter it. 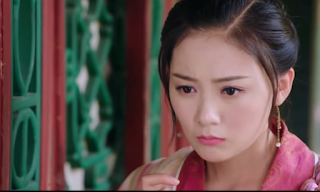 Figuring that the time travel artifact is in that room, Qing Rou turns back and decides to marry the prince to get into that room. 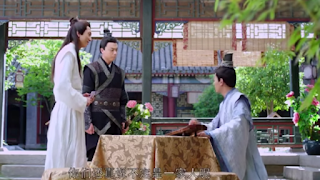 Fearing that Qing Rou will be made fun of for being a commoner, Yan Qi asks General Yin to adopt Qing Rou as a sister. Du Gu comments that Yan Qi really cares for Qing Rou to think about even that for her.

Defensively, Yan Qi says he doesn't really care about her, now that the emperor has said they have to marry, he needs to make sure no one will make fun of him for marrying a commoner.