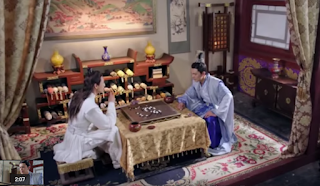 He changes the subject saying he saw the rumored woman living in the lord's estate last night... trying to run away. Surprised that she tried to run away, Yan Qi says Qing Rou has been disrespectful and he's keeping her as a slave until she learns. He's clearly getting his point across- giving his "slave" her own  maid and star treatment.

Seeing through his lord's denial, Du Go takes Qing Rou out for a day of fun, intent on letting her get away. He leaves her with a bag of money and a chauffeur, hinting quite obviously "he will bring you anywhere." Quickly catching on, Qing Rou happily tells the chauffeur to take her out of the city.

Halfway gone, Qing Rou starts to worry that she will get Du Gu in trouble.

Meanwhile, Yan Qi is furious and brings it down on Du Gu for taking her out and letting her go. Du Gu calmly explains that she is an unknown element and can't be kept. She will only be baggage for the lord.

Luckily, Qing Rou rushes back to her room in time. Surprised she came back on her own, Yan Qi asks why she chose to come back. Qing Rou responds she can eat and drink without working, anyone would stay. Clearly not believing her, Yan Qi orders 24 hour surveillance on her.

The next day Ah Guang sneaks into Qing Rou's room. The security is too tight so he can only get in disguised as a maid. 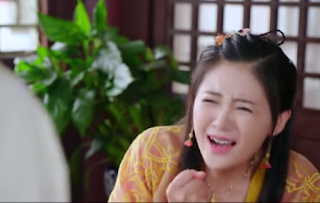 The make-up artist has the get-up all the way down to the boobs to which Qing Rou excitedly croons that he did an awesome job. At first, Ah Guang is mad that she almost left without him but they quickly down to business- getting back to their own time. With no means of their own, they can only rely on the third princes resources.

They devise a plan where Qing Rou pretends to be sick and only a special item can cure her. Bent on the dragon ball concept, they sketch out the dragon and dragon balls from the manga telling the prince he needs to find the balls to cure Qing Rou.

Yan Qi clearly does not buy their story. Smirking and snorting throughout Qing Rou's "skit," he's about to bust their chops when word comes- the empress is here to see them, 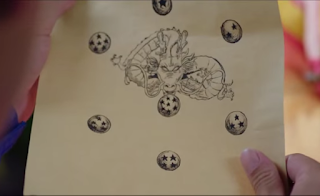 Known for his solidarity, it's no surprise that the gossip mills have been running over time about a mysterious lady the third prince keeps in his corridors.
Backed with the bratty cousin princess, the empress is obviously not happy.
Yan Qi quickly bows and addresses the empress.
Not sure what to do, Qing Rou clumsily greets the queen "good health and live long" a phrase normally said at birthdays pfft.
The empress straight up tells her son Qing Rou is " something else." 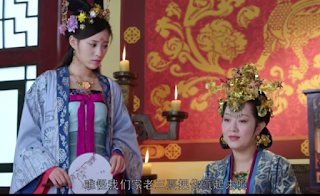 Sending the princess and Qing Rou away, the empress reverts to mom mode telling Yan Qi she's glad he's finally showing interest in woman and it's time for him to settle down. He needs to marry a proper woman, directly saying it should be his cousin. 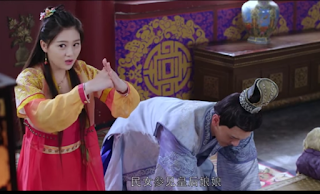 Yan Qi responds that the second prince is older so he should get married first. Apparently mother empress has tried that route already and the second prince threatened to become a monk. Left with only her third son to nag, she goes on to say she will stay on his estate until he marries.

Yan Qi relents, but he says the only one he will marry is Qing Rou.

The empress tries to dissuade him saying she's not pretty, she's so thin and she might not be able to have kids. Each time Yan Qi responds with a " But I like it" and a "unless you don't want grandkids."

Stuck, the empress finally caves in but requires Qing Rou to enter the palace to receive training. If she doesn't pass she will be kicked out of the city forever. 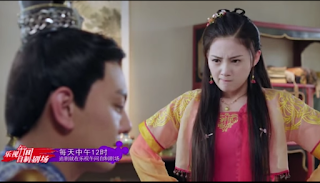 Not happy at all, Qing Rou lashes out at Yan Qi saying she doesn't want to marry him or receive any palace training. But Yan Qi ignores her and pretends to be unaffected.

Mad, she heads to a shelf and comments how the stuff must be priceless. She throws all his items out... only for his aide to catch all of them.

Yan Qi cheekily tells his aide to let Qing Rou throw what she wants around, and to put them back in place when she's done. 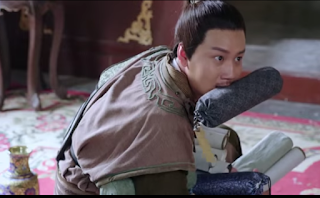 That very night, Qing Rou tries to run away yet again.

She bumps into Du Gu again but he's more than happy to let her go, even advising her to go out the back door instead where he sent the guards away. 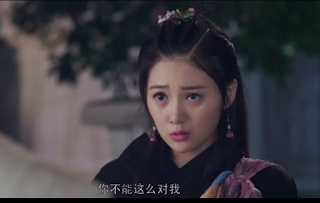 All is well until they get caught by another group of guards from the fourth prince. 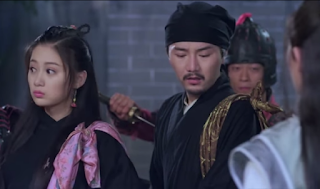 The fourth princes visits Yan Qi saying he heard from the rumor mills, his brother finally found a woman but seeing her in real life, he's a little disappointed. 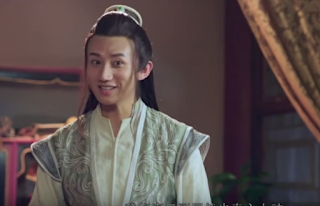 "You saw her?" Yan Qi asked confused at first. The fourth prince calls in Qing Rou and Ah Guang; without even asking this time, Yan Qi saw their getup and knew they tried to run away again.

Clearly 24 hour surveillance is not working. Trying a different approach this time, Yan Qi tells people to lock up Ah Guang, saying he won't be released until Qing Rou completes her training. 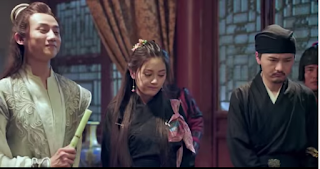 Angrily, Qing Rou says she won't forget them for doing this and stalks away. She bumps into Du Gu. Her runaway attempt obviously failed again, she sighs that they be fated; seeing each other so soon again (when Du Gu helped them run away previously, he said if they were fated, they will see each other again).