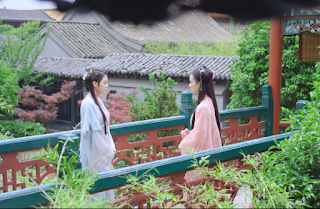 Xuang Xuang tells Qing Rou to leave the third prince. She only kept close to him to find out how to get home. Xuang Xuang knows what points to hit. She says once Qing Rou gets home, she will leave the prince here, alone and hurt. Can she live with that?

Persuaded, Qing Rou decides to leave Yan Qi. But first, she finds Xiao Si and tells him to support his brother no matter what. 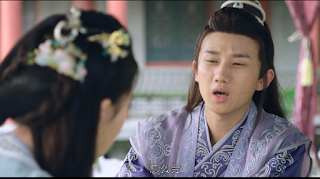 Then she makes dinner and thanks everyone for being with her. The next morning, Yan Qi finds her gone. In a mess, he goes to search for her. Xiao Si and General Yin tell him he cant as he's the crown prince now. They will go search for Qing Rou in his stead. 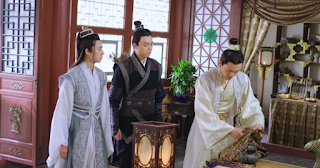 Qing Rou stumbles upon a village ravaged by disease and famine. She saw a familiar documentary about it on TV back at home and after deliberation, she heads in to help them. But when she gets in, the villagers think shes a spy sent from the outside world to kill them off and are very hostile to her.

At that moment, Du Gu appears. He tells her to leave as she might get sick too.

Qing Rou insists on helping them and tells Du Gu he can help her or he can leave. 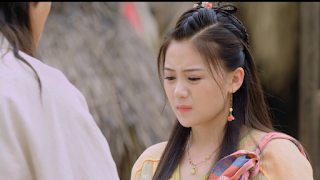 They set on helping the villagers. 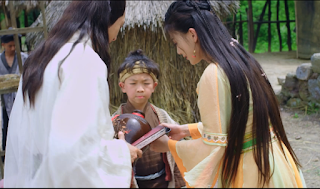 Xuang Xuang disguises herself and tells Yan Qi where Qing Rou is, in exchange for a favor she will reclaim in the future. 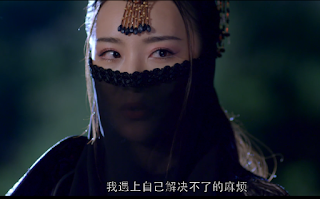 Yan Qi finds Qing Rou and asks why she left. Unable to say why, she doesn't answer. Yan Qi tells her he loves her very much and asks that she not leave him. He gives her a grasshopper bracelet and tells her to put it on the tree in front of the village if shes willing to leave with him the next day. If it's not there, he will understand.

The next day there is no grasshopper to be seen and Yan Qi starts to leave sadly. Qing Rou stops him saying the tree is too tall she can't put it on, and for him to put it on. Smiling, Yan Qi acquiesces. In the back, Du Gu looks on unhappily.

When they get home, there's a girl that fainted in front of their estate. 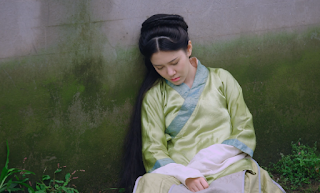 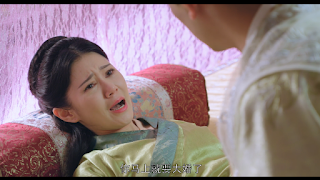 She disappeared for years. Her family was mysteriously decimated years ago and now that she showed up out of no where, Yan Qi sets to find out what happened.

Qing Rou goes to confront this previous fiancee to see what she's like. But her health is not good and Mu Rong faints. 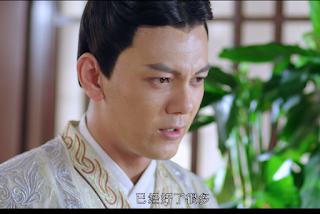 Qing Rou replies she didn't do anything, she just asked Mu Rong a few questions. But she starts to get angry seeing that Yan Qi doesn't trust her. 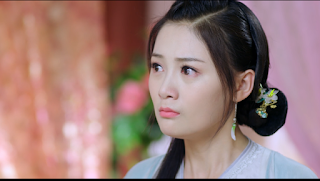