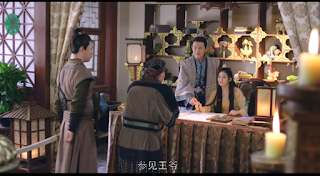 There are rumors amiss. Da Tong tells Yan Qi and Qing Rou that people are saying he's a good for nothing prince, having parties all day (the party they had with the fourth prince.) Meanwhile, everyone is saying the second prince is filial. The emperor's health has gone down so he turned vegetarian and is praying for his father everyday. 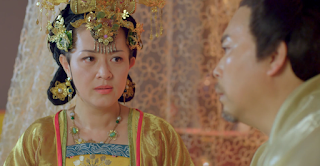 The empress hears the same rumors and tells the emperor. The emperor scoffs at the rumors saying Yan Qi has been in the palace everyday to ask about his health. In fact, he gave a wheelchair (the same one Qing Rou gave Yan Qi) to him after hearing his legs hurt. 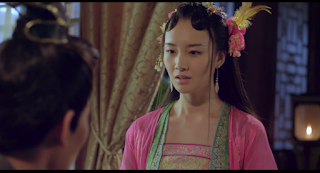 The second prince and Xuang Xuang have a last night together as she's to go to the third prince's tomorrow. The prince gets close to her but she says isn't he afraid of karma for doing it in front of the Buddha but he says he doesn't care and they leave the Buddha there. 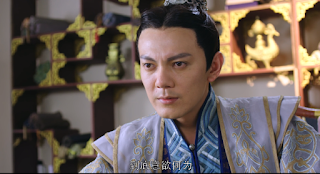 Yan Qi gets an invitation for the royal adviser's adoption ceremony. Already suspicious, he doesn't allow Qing Rou to go with him. 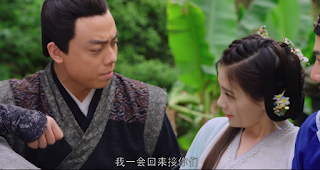 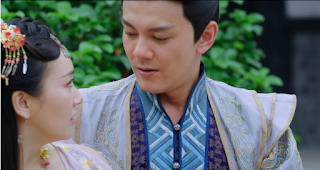 Xuang Xuang dances and falls into Yan Qi's arms. Using that as an excuse, the royal adviser and second prince make him take Xuang Xuang home. 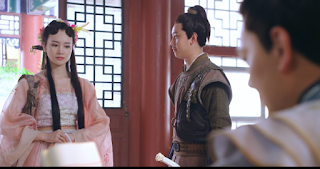 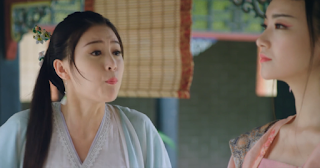 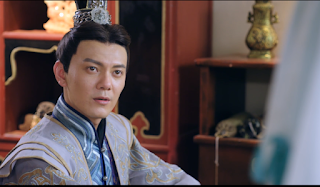 Privately, General Yin tells Yan Qi to kick Xuang Xuang out too. Yan Qi says he's keeping Xuang Xuang on the estate because you have to keep your friends close and your enemies closer. General Yin turns to tell Qing Rou but Yan Qi tells him not to as Qing Rou is an open book. She won't be able to keep the secret. Plus, he wants to see how jealous she will get. 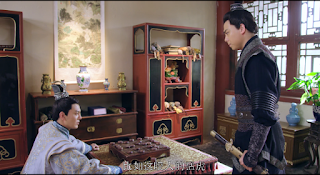 That night. Xuang Xuang says she actually hates the second prince. He killed her fiance and left her family in disarray. Ever since she saw the third prince, she knew he was a responsible man and to help her.

Hearing the story, Qing Rou says she can win an Oscar for her acting abilities. 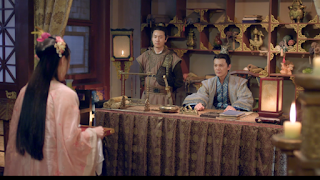 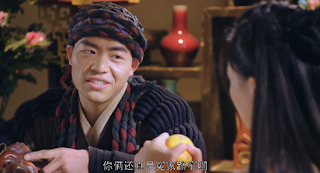 Xuang Xuang bullies Ah Guang into making cosmetics for her. She wont let him buy them as the quality in the past is too course. Pitying Ah Guang, Qing Rou pranks Xuang Xuang. She puts chili pepper into her make up. 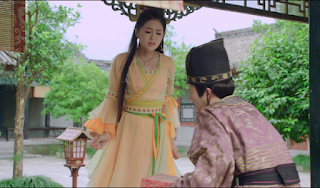 At dinner, Yan Qi tells Xuang Xuang to stop following her around. She says she should help out because she doesn't want to live there without helping out, pointedly staring at Qing Rou. In response, Qing Rou says to let her do it, Captain Li will tell her what to do.  Obviously not thinking the conversation would end like that, Xuang Xuang glared heatedly at Qing Rou. 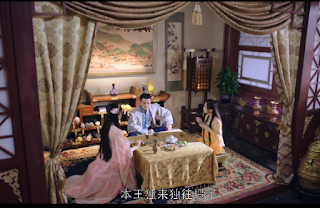 The next  morning, Captain Li has Xuang Xuang clean urinals. 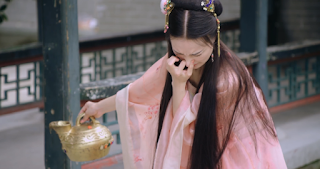 And the mastermind behind this ..... is Qing Rou. 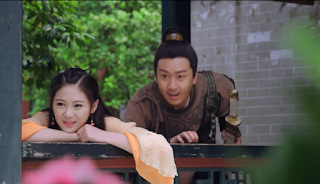 A lot of tax money was stolen on the way back to the capital. The citizens say they can give more taxes but ask that the amount they give be less.The emperor tells his two sons to think of what to do. 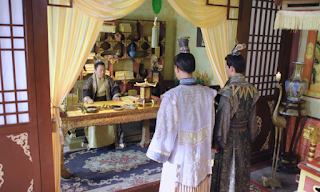 Yan Qi is not sure what to do. Qing Rou understands his predicament saying taxes can be hard on the citizens; if they can't eat or live, taxes are the last thing on their mind but on the other hand, the government can't just lower taxes every time this happens. She then asks who would take the risk to steal government money as it's punishable by death.

This gives Yan Qi an idea and he runs off to do research. 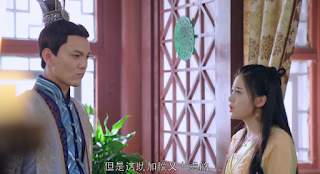 At the next meeting, the second prince advises the emperor to decrease taxes for a year. The fourth prince immediately steps in and says if they do that then everyone will say their tax money was stolen.

At a stalemate, the emperor asks the third prince what he thinks.

Yan Qi says the stolen items were all products for the royal family. They wouldn't be able to sell it after stealing it anyway so who would do something like that. He advises the emperor to investigate.

The emperor and other advisers wholeheartedly agree. 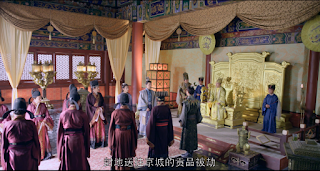