The royal adviser tells the empress of rumors that the second prince orchestrated the kidnapping to first break the link of them and the kidnapping. He moves the conversation so that it seems like a preposterous rumor and the queen agrees wholeheartedly.

Still injured, Yan Qi has Qing Rou assist him around.... only for him to bump into her chest, Embarrassed. he awkwardly looks away and reverts to his stoic self  but Qing Rou doesn't let it go and called him out saying he "ate her tofu."

Confused. Yan Qi said he didn't eat her tofu, in fact he doesn't like to eat tofu. Qing Rou lists all the benefits to tofu further confusing him and they bicker about eating tofu. 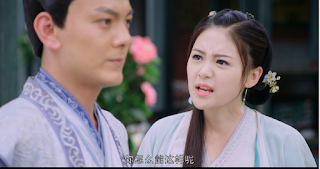 Qing Rou tells Da Tong she thinks Meng Jiang was the head bandit but she didn't tell Yan Qi because she doesn't sell out her friends. They also start talking aout if in the case they can't get back to the future, they should all think about what they will do in the past. 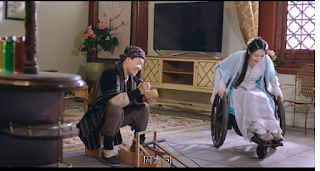 Xuang Xuang stalks Meng Jiang after hearing his name as the lead bandit behind the kidnapping. Surprised to see each other, Meng Jiang tells her Qing Rou traveled to the past too. 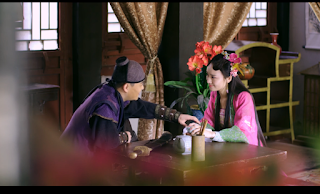 Du Gu insists that the second prince is trying to get rid of Yan Qi; he needs to step up his game as he was injured last time and Qing Rou was kidnapped. Yan Qi doesn't want to confront his brother. They start to argue but Qing Rou diffuses it by telling them to eat her lunch. 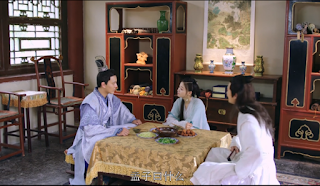 Running into the emperor, Qing Rou gives him some health tips making him very happy. He tells the empress to marry them soon. But the empress says their birth dates aren't a great match and with the aftermath of their wedding perhaps they aren't meant to be. The empress tells the emperor to choose a crown prince soon as there have been rumors about the two princes not getting along. He decides to use the upcoming flower festival to help decide. 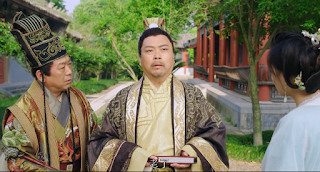 Qing Rou, hearing the news, says the royal adviser is too much, daring to take away her adopted brother. She tells Yan Qi to just marry Yin Ran. Teasingly, Yan Qi says he will do that then QIng Rou and Yin Ran will be sisters. 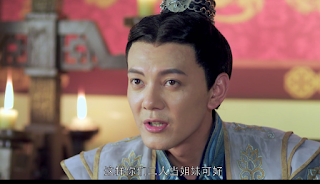 At home, Yin Ran makes a deal with her dad. She will marry the second prince but her dad needs to let go of General Yin. 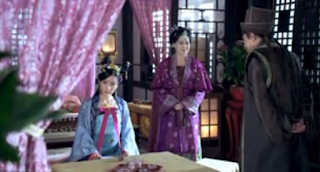 A monk tells the emperor that when looking for a crown prince, look for a woman with a flying dragon. Chou Gong Gong suggests keeping an eye out at the flower festival as there will be a lot of women there and that's the next upcoming big event. 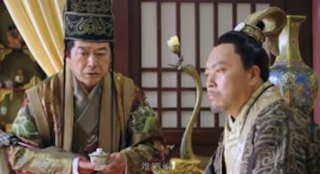 Qing Rou takes Yan Qi out to listen to rumors at a restaurant. At first, he doesn't want to as 'princes aren't supposed to do that' but he relents when Qing Rou insists.

They hear rumors about Yin Ran and how she's fated to be the next empress. The gossipers go on about her relationship with the princes. Yan Qi couldn't take it anymore, he yells at them for gossiping rather than focusing on real matters. Qing Rou on the other hand applauds them and tells them to "ganbatte/" 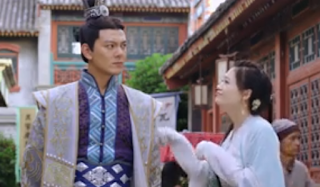 Alone, Qing Rou tells Yan Qi that there's always some truth and information from gossip and not to let it go lightly. 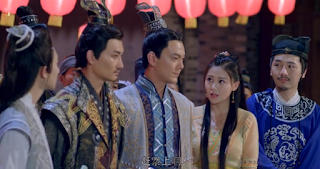 The day of the festival, the three princes recite verses. The second prince recites a verse from the script they were filming in the future. Hearing the familiar phrase, Qing Rou guesses that Xuang Xuang is with the second prince.

When it's the third prince's turn, he's at a lost. But knowing it's scripted, Qing Rou eggs Yan Qi on. Helping out, she goes on stage with him to recite the verse while Yan Qi writes it out. 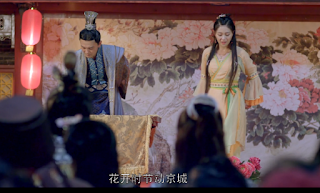 Yin Ran performs a dance. She has a dragon snake hair accessory with a flower at the end of her dance. Everyone says the rumors are correct and as those where the signs for the next empress, and whoever marries Yin Ran with be the next emperor. 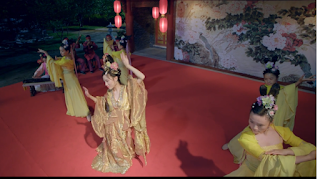 Feeding on the rumors, Qing Rou goes to perform too. She has Ah Guang dash flowers on her from above while she dances and he helps her make a little dragon appear as she dances- dashing the empress rumors. 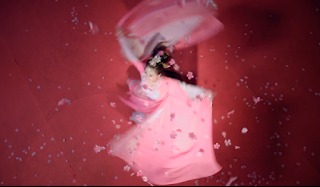 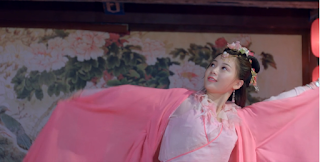