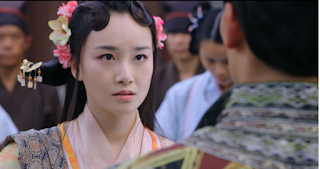 Second prince invites Xuang Xuang to live at his estate. But, she must enter and exit using the back door. 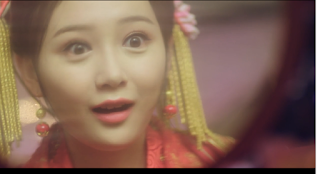 It's the big day! Qing Rou gets ready to get married. Proud that his best friend is getting married, Ah Guang gives her night glo powder to "make the night more exciting." 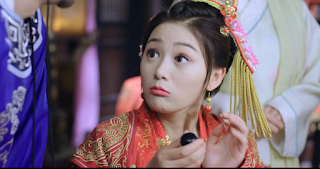 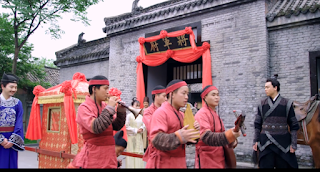 All is well until bandits steal the bridal carriage with Qing Rou in it. Thinking quick, Qing Rou uses the night glo powder to leave a trail for the others to find her. 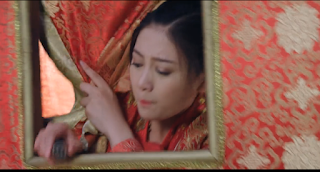 Her captives keep her tied up in a small hut, and demand ransom from the third prince. Qing Rou comments that the head bandit has a familiar voice and she's seen the ring on his finger. 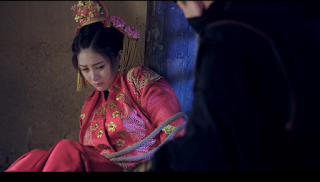 Turns out the lead bandit is Meng Jiang! The lead actor that acted beside Xuang Xuang, he's in the past too. Recognizing Qing Rou, Meng Jiang pulls his bandits aside and tell them to only scare her, don't use force. 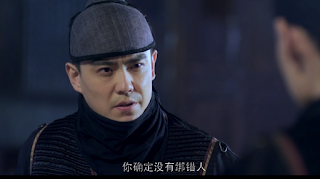 Tied up, Qing Rou sneaks a piece of glass into her hand and cuts herself free. She waits till the guards are asleep and runs out.

At the same time, following the night glo trial, the third prince arrives on site. He runs into Qing Rou and they run away together but he steps on glass which alerts the bandits.

Yan Qi battles the bandits but is injured. Luckily, back up arrives and the bandits are driven away. 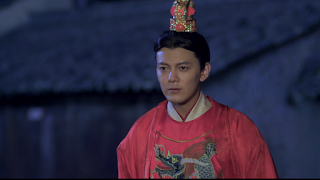 Back at his estate, Qing Rou worriedly holds Yan Qi's hand until he wakes up. 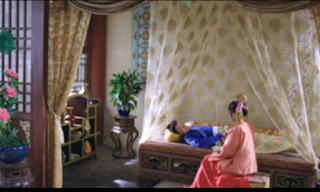 Yan Qi tells Qing Rou she's responsible for his injury. She needs to assist him until he gets better. She scoffs and says she almost got away without him but still complies.

Taking advantage of the situation, Yan Qi makes Qing Rou support him everywhere. He purposely complains about being thirsty and hot so that she will fan him and pour tea for him. 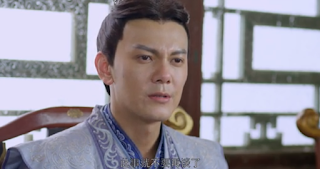 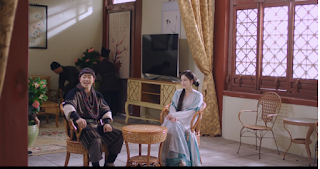 Da Tong's shop is finally open for business. He moves everything from the van to his new store. Even the dvd player and flat screen TV. Qing Rou laughs that he won't be able to use it, there's no electricity in the past. She also requests Da Tong to make a wheelchair for Yan Qi.

Da Tong teases her saying she's starting to care about Yan Qi, but she strongly denies it just saying she's tired of being his cane. 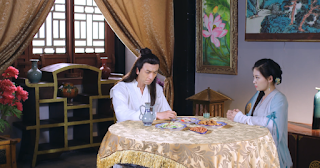 Qing Rou bumps into Du Gu and they have lunch. Qing Rou repeats that she's marrying Yan Qi for a specific reason. He says he believes her but is obviously upset that she's still marrying him. Qing Rou says they are still good friends.... right? At the friend card, Du Gu only sadly shakes his head and downs a shot of wine.

Ever since Qing Rou and Yan Qi were to be married, Yin Ran has been trying to run away from home to see Yan Qi. Today, she's stopped by her guards again. General Yin sees this but walks away saying it's her own family's private business. But she threatens to tell the Empress about how he left her alone the other night so he takes her hand and leads her away. Yin Ran is impressed and sneakily gives an approving glance towards General Yin. 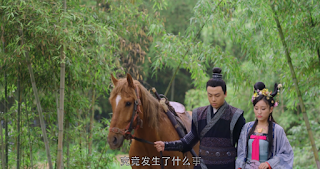 Seeing Du Gu and his adopted sister alone several times General Yin warns Du Gu to stay away. Du Gu is not threatened and says he doesn't mind what other say.

Already not happy that Qing Rou wasn't there when he woke up, Yan Qi asks why Du Gu and Qing Rou arrived back at the estate together.

Du Gu says it as it is which doesn't do anything to clear the air.

Yin Ran ask Yan Qi to take her in for a few days. Going back home, she will most definitely be punished, she might as well hit her head on a wall and so be it.
At this Qing Rou says she can't, everything is priceless in the estate, what if she injures a maid when she's running into a wall, they will have to pay workman's comp. She even goes on about injuring the trees and grass.

In the end Yan Qi agrees to allow Yin Ran live there for a few days. 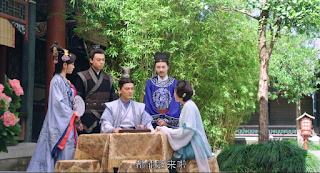 Kidnapping attempt failed, the royal adviser (Yin Ran's dad and also the princes' uncle) says not to worry as it's their word against the bandits' word if the bandits decide to rat them out. Worriedly, the second prince says he gave them one of his badges so they will have easier access to the estate  Uncle starts to berate the prince when Xuang Xuang enters.

The prince awkwardly introduces her as a relative of his nanny but knowingly uncle asks what he's going to do with his daughter then (he's been planning to marry her off to the second prince). The second prince assures his uncle he's got his priorities straight. 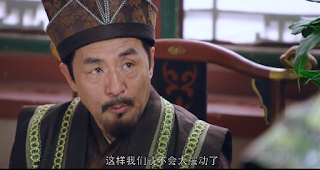