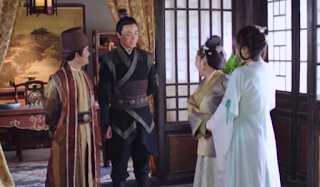 Qing Rou is adopted by the Yin family and stays at their place before she gets married. 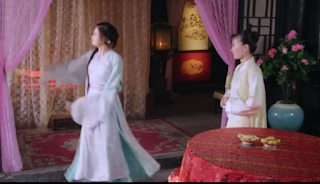 Days at the Yin Estate, Qing Rou is bored and asks Xi Er, her maid, for things to do.

At this moment, General Yin arrives to bring her out. Qing Rou praised him for knowing her well, but the General says the third prince suggested it. 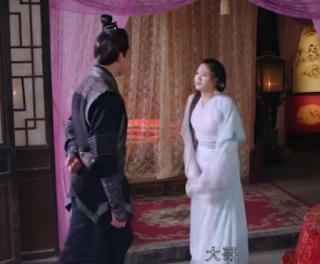 Kong Xuang Xuang finally finds the second prince. She pitifully tells the prince that she fell in love with him and refused to see other guests so she was kicked out of the brothel. She only wanted to see him and with a last sad look she turns to leave when....... the second prince hold her back, Still turned away, she smirked triumphantly before pitifully turning around to look at him. 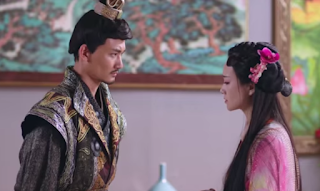 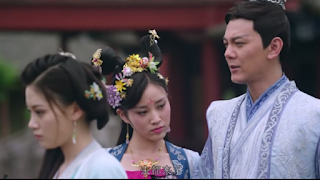 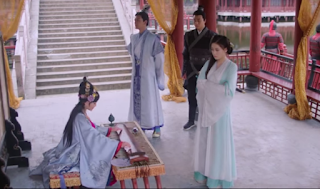 Worried, the third prince is the first to dive in. In Yan Qi's arms, the princess says Qing Rou pushed her into the pond. They continue to argue until Yan Qi tells General Yin to take Qing Rou home and he will take the princess home. 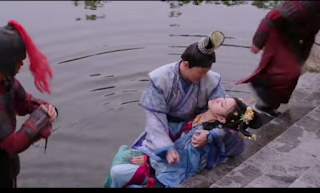 The whole way home, the princess continually blames Qing Rou and says mean things about her. Yan Qi couldn't take it anymore and gets out of the carriage. He decides to take Qing Rou home and tells General Yin to take Yin Ran home. 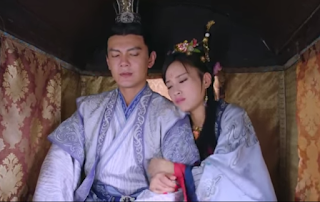 Angry that Yan Qi left her, Yin Ran calls Qing Rou nasty names and even calls General Yin and his dad out. Angered, General Yin takes his sentries and leaves Yin Ran in the carriage alone. 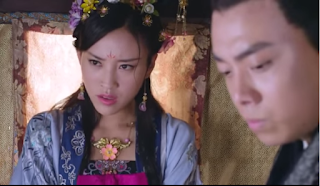 Back to Qing Rou, she asks Yan Qi why he following her and not taking Yin Ran home. H must be there to yell at her. But Yan Qi tells her he believes her, that she isn't the kind of person.

Qing Rou says seeing him save Yin Ran and having the same worried expression as last time when she fell into the pond. she questions his feels for her. Yan Qi responds that he thought she was the only one prone to falling into ponds. Meaning he thought Qing Rou was the one who fell in hence his worry.

And to answer why he's not letting her go, its not because she injured or disrespected him, its because she took his first kiss. 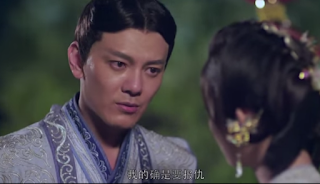 That night, Du Gu tells Qing Rou to run away with him. He knows she doesn't like Yan Qi. But Qing Rou needs to marry Yan Qi to get home so she rejects him. Hurt he leaves. 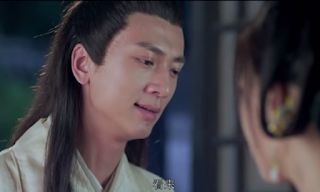 That night, General Yin goes back to pick up Yin Ran. Deathly afraid, Yin Ran runs into his arms. 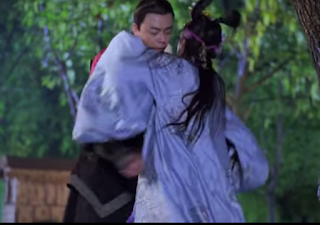