Episodes: 50
Genre: Wu Xia, Romance, Period
Rating: 10
Summary: Split into two seasons, season 1 focuses on Yang Yi Liu (Zanilia Zhou), an unloved daughter who is sent to marry cold-hearted Shi Wu Ji (Qi Ji) in place of her sister who eloped and fell off a cliff. Shi Wu Ji is a powerful and rich businessman/borderline mercenary known for his emotionless personality and cut throat business tactics. Her marriage is actually a cover to take control of Wu Ji's finances so her father can take over his business. On the other hand, Wu Ji marries her for the sole purpose of torturing her as he believes her father was the one who caused his parent's death. Between the hidden identity and secret motives, can the two still have a happy ending?
Season 2 focuses on Shi Wu Ji's younger brothers, Wu Hen and Wu Jie. Wu Hen is known as the gentleman- always polite but never forms a deeper relationship with anyone. He once loved Yang Yi Liu but since she became his sister-in-law, he forces himself to keep his emotions to himself. Liang Yu Shi is a policeman in the ancient times but she is actually a girl pretending to be a guy. Smart and strong, her personality slowly makes Wu Hen fall in love with her.
Shi Wu Jie is the most passionate of his brothers but being the youngest, he has the least authority. When he falls in love with Qin Qiu Yu, his two brothers refuse to let them get married as she is a courtesan. He leaves his brothers and embarks on a journey to free his love from the courtesan lifestyle and to be with her.
Where to watch: Search on Youtube, no eng subs yet
Legend of Lu Zhen (陆贞传奇) 2013

Forced to run away from her cruel step mother, Lu Zhen becomes a maid in the royal palace. Using her smarts and endurance, she rises in ranks while slowly falling in love with the crown prince, Gao Zhan.

Summary:
Based on a novel, Ding Yin (William Chan) is a regular man who got caught in the middle of a fight between the Kun Lun Sect leader Li Jing Tian and the evil Green Cape (Nicky Wu). The Scarlet Soul Stone gets sucked into his body so he joins the Kun Lun Sect to control his powers and learn to use it to help others. He meets Yu Luo Sha (Zanilia Zhou) who looks like his dead wife and slowly they begin to fall in love. 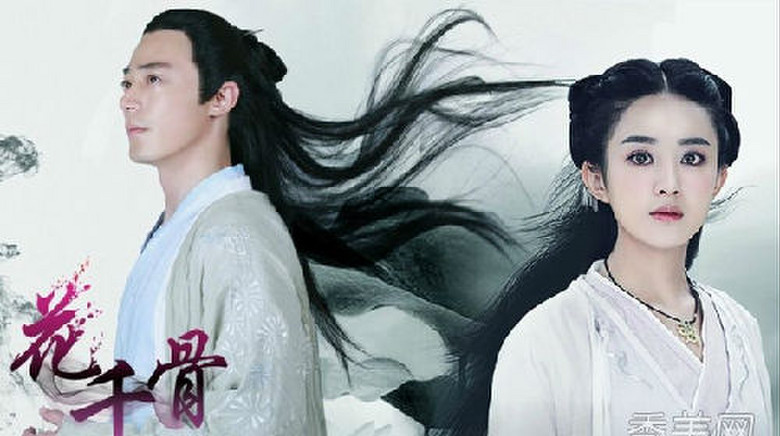 Summary:
Hua Qian Gu (Zanilia Zhou) is the last goddess in the world. Born with an unlucky start and an uncanny ability to attract demons, she  journeys to learn martial arts to protect herself. Along the way she meets a lot of new friends and ultimately becomes Bai Zi Hua's (Wallace Hou) one and only disciple.

Summary:
Xue Shan Shan (Zanilia Zhou) is a naive and simple minded girl who shares the same rare blood type as Feng Teng's sister. As a rich but emotionally stunted businessman who just so happens to be Shan Shan's boss, Feng Teng decides to keep her close and feed her well. Follow these two on their awkward and cute romance.
Posted by Unknown at 8:16 AM

Email ThisBlogThis!Share to TwitterShare to FacebookShare to Pinterest
Labels: best